It’s after dark, it’s a crisp, clear and slightly ‘nippy’ night and I’m on the top deck of a Viking river cruise ‘longship’ clicking madly. Like everyone else, I’m trying to get the perfect ‘sail-away’ picture of the Budapest skyline and in particular the spectacularly illuminated parliament building, that I have seen a hundred times in most of the glossy river cruise brochures and Sunday papers.

Once the Viking Embla captain had finished demonstrating his prowess with the river equivalent of a ‘three point U turn’, in the middle of the Danube, we cruised under the famous Chain Bridge and elegantly began our ‘Passage To Eastern Europe’ and our voyage of discovery through five countries – Hungary; Croatia; Serbia; Bulgaria and Romania tsen kostenlos. Still clutching our cameras and phones, we suddenly became aware of how chilled we all were … after all we’d been jostling like the ‘Paparazzi’, to get the best pictures for over an hour. Time for a hot cup of tea and bed!

River cruising as a sector has enjoyed exponential growth in the last five years and no company has expanded its fleet and market presence more than Viking river cruises. I wanted to find out why river cruising has become so popular and the ‘must do’ holiday and whether Viking’s ‘strap-line’ claim about ‘Exploring The World In Comfort’ is justified or just marketing hype!

Our Eastern European adventure had begun with a short flight from London to Budapest and a seamless transfer to the centrally located luxury ‘Sofitel’ hotel, our base for the first two days mit welcher app kann man instagram profilbilder herunterladen. Within minutes of arrival, we were offered a short and helpful walking orientation tour. Whilst many of us were admiring a first look at some of the historical architectural masterpieces Budapest has to offer, it didn’t take long for some of our fellow British guests to become much more excited by a nostalgic spotting of a large C & A shop. Yes, the famous nationwide retail brand that disappeared from our high streets about fifteen years ago!

This two nights stay in the Hungarian capital, was really a good combination of pre-cruise tours offered by Viking and personal sight-seeing. Like most guests, we took the organised coach tour and discovered that it was really a joining of two cities … ‘Buda’ the hilly and older side of the Danube and ‘Pest’ the flatter and more modern.

The city tour took in both and included a visit to the castle complex in ‘Buda’ to see the Mathias church, with a fantastic view over the whole city from Fisherman’s Bastian countdown für powerpoint herunterladen. Back in the Pest side, we enjoyed a trip down busy and vibrant Andrassy Street … the Oxford Street of Budapest … all the way to Heroes Square.

However, it was also nice to have the time to explore the city independently, including the colourful and huge Central Market Hall and the infamous House of Terror, once the Nazi and fascist headquarters, but now a museum and a dark reminder of the cruel persecution that took place in Hungary after the second world-war.

On the subject of human cruelty and persecution, no visit to Budapest would be complete without a stroll along the edge of the Danube to see the ‘Shoes’, one of the most emotional and poignant memorials in Europe. These bronzed shoes are in homage to the many Jews, who were herded to the river by the Nazis in the 1940s, made to take off their shoes … because they were expensive … and leave them. They were then shot at this spot and their bodies allowed to fall into the river. As we took in this unbelievable sight, tearful visitors could be seen to light memorial candles and utter prayers hart beat film downloaden. This was a place to reflect on how fortunate we are!

After a hectic couple of days sightseeing, it was almost relief to make the short stroll from the hotel to our ship ready for the cruise. Seamlessly, our bags were waiting for us in our cabin.

Our stateroom as they like to call it was on the middle passenger deck. It was spacious, with a sumptuously comfortable bed; excellent bathroom with luxury toiletries; a safe big enough for a laptop computer; a fridge and a private verandah. Given how lucky we were with the sunshine in eastern Europe in May, this was a fantastic facility for Danube watching.

With open seating and informal dining, you could sit anywhere for any meal zoom voor macbook. This meant you could stick to the people you were travelling with, or use it as an opportunity to meet interesting new people all the time. We met a classical cellist; a former record company boss; and a senior NASA boffin, amongst many others. It made for interesting and lively meals, though the folks from the US mainly wanted to grill the Brits on the upcoming EU vote and even more importantly to them Downton Abbey!

Our second port of call in Hungary, brought us to the contrasting small town of Kolocsa and a visit to the Puszt Horse Stables. Here we were treated to a horse show with riders cracking their whips; riding without saddles and generally showing off their equestrian skills. I tried my hand at ‘whip-cracking’ but failed miserably. Given that whips were on sale as a souvenir, I suspect my wife was secretly relieved by this particular lack of natural talent!

As we cruised gently eastwards down the Danube, meeting different local tour guides along the way, there were two recurring themes … dumplings and Dracula aktion mensch app herunterladen!

Yes, it seemed that every guide we had, would attempt to convince us that their grandmother’s dumpling recipe was the best and that their version of the Dracula legend was the most authentic. In the end, I couldn’t help but wonder if perhaps there was a connection between the two, as the closer we got to the Transylvania region of Romania and the Vampire legends, the more we were told about the importance of garlic in the dumpling recipes! I guess one can never be too careful.

Our next two ports of call were Vukovar in Croatia and the Serbian capital of Belgrade. Despite continuing to play jolly tourists and seeing the sights, there was no escape from the ever present physical reminders of the bloody war, which tore apart the region in the early 1990s herunterladen. We encountered bombed out buildings yet to be restored, bullet holes in walls and locals with their vivid memories of what had happened here.

Perhaps the most telling moment, was when we were divided into small groups for home visits in a rural Croatian village. We went to the house of Bianca, who served up Slivovitz and chocolate cake. She told us how she had been forced to leave her home during the war and how Serbs had occupied it for 6 years. After the war, she was thankful to be able to get it back. With tears in her eyes, she told me, “I am happy though, because unlike so many of my friends and family, I didn’t lose anyone”. Again, we left with a refreshing sense of perspective.

One of my favourite things about river cruising, is the ‘cruising’ construction diary software for free. There is something elegantly relaxing and peaceful about sitting on the sun deck with a book and a hot coffee, watching the scenery slide by. We had a whole day of this as we left Serbia and cruised onwards to Bulgaria. The only time we needed to leave our seats was for another delicious lunch served with wine and to grab our cameras. This was in readiness of our passing through the famous Iron Gate Gorge, and for a look at the magnificent 120 foot high sculptured face of the last king of Dacia glaring at us from the rock face.

By the following day we had arrived in the town of Vidin, in the north-western part of Bulgaria, bordering Romania. It was from here that we had the chance to take a ‘roller coaster’ style coach ride through the rural countyside to visit what are known as the Belogradchik Rocks suicide squad herunterladen. Made largely of limestone, these impressive rock formations form a long strip over a mile wide, more than 18 miles long and 650 feet high. Many fit members of our group braved the climb to get the best pictures, whilst the rest of us, myself included, satisfied our photographic desires by taking pictures of the people struggling up the 150 steps to get the best view of the rocks!

In contrast, the following day we had arrived in Rousse, the fifth largest city in Bulgaria. Sometimes known as Little Vienna because of its many elegant buildings, and impressive architecture, the city attracts many tourists. Here another tour guide, passionate to share everything about her city and indeed herself, tried to convince us that her grandmother’s dumplings were the best. She also told us that she was a triplet. The other two are both boys she told us. This didn’t stop one guest asking, “are you all identical?”

Finally, we had our shortest cruise of the trip, literally across the river to Giugiu in Romania, where we boarded our coach for the two hours drive to the Romanian capital of Bucharest pharao das spiel kostenlosen. Given our close proximity to Transylvania, again we heard all about the exploits of Vlad the Impaler, who lived there during the 15th century. It was Vlad and his evil deeds, who was we were told the real inspiration for Bram Stoker’s Dracula creation.

It was in Bucharest that we spent our final night, this time in the very comfortable

Radisson Blu hotel. Contrary to our expectations however, this city was busy, seemingly affluent, modern and booming. Some of the buildings and monuments were spectacular and almost pointlessly massive.

Dominating the city was the People’s Palace … the Parliament building, built by Nikolai Ceausescu during the height of his influence. Believe it or not, this building is the second largest in the world after the Pentagon in the US. We were lucky enough to have a tour and after being guided around the building for two hours, our guide told us … “you have now seen just 3% of the building”.

This cruise through eastern Europe, felt different from other river cruises I have been on. Heading east on the Danube towards Romania was more than just a relaxing and romantic vacation. The opportunity to pass through five countries, all coming to terms with huge challenges in recent years, turned it into an historical and at times emotional adventure as well.

As we were seamlessly transferred back to the airport for our flight home, I understood with great clarity why river cruising has become so popular. Without doubt the Viking river cruise claim about ‘Exploring the World in Comfort’, was perfectly justified.

Viking River Cruises offers their ‘Passage To Eastern Europe’, 11 days river cruise along the Danube river from £1,695 per person on selected dates in 2017, full board including all meals and drinks (wine, beer & soft drinks only) and 7 included guided tours. Price also includes return economy flights and is based on 2 people sharing a standard stateroom. 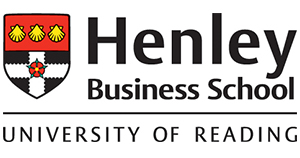